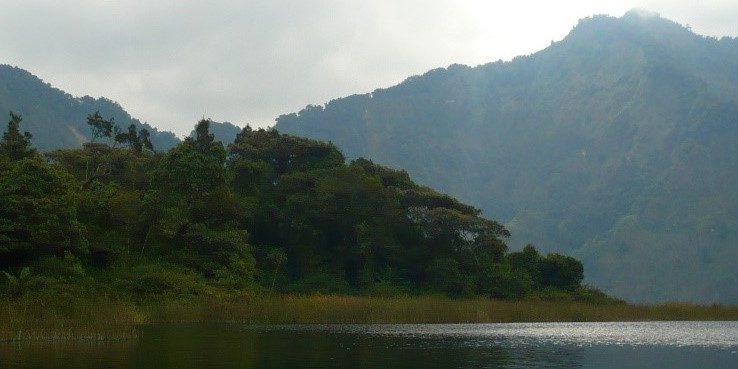 Sudden gaseous emissions from volcanic lakes can represent a significant risk for people living in the neighbouring areas as well as for the environment, due to limnic eruptions caused by the accumulation of carbon dioxide in the water column.

This phenomenon has been described as the origin of various events, for example the violent eruption of Lake Monoun in Cameroon which in 1984 caused 37 deaths, while the devastating eruption of Lake Nyos, also in Cameroon, caused the death of 1,700 people and 3,500 head of cattle in 1986 with the release over several hours of hundreds of thousands of tons of carbon dioxide (George W. Kling et al.,

The 1986 Lake Nyos Gas Disaster in Cameroon, West Africa, in Science, vol. 236, no. 4798, 1987, pp. 169–75). Already back in 1999, WEST Systems had contributed to the studies aimed at reducing the risk for the civilian population and the environment by providing systems for the monitoring (and alerting) of the concentration of carbon dioxide in the atmosphere in the “Nyos Monoun degassing project” headed by George Kling of the Michigan University. The accumulation of CO2 has been observed in a significant number of lakes in the world, a phenomenon that does not always evolve as in the case of Lake Nyos, and which therefore calls for an accurate site-specific analysis of the risk.

The study of Egbert Jolie of the German Research Centre for Geosciences GFZ – Potsdam. 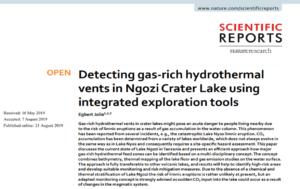 The work of Egbert Jolie of the GFZ – Potsdam University “Detecting gas-rich hydrothermal vents in Ngozi Crater Lake using integrated exploration tools” gives an overview of the current state of Lake Ngozi in Tanzania and proposes an effective method for identifying the main areas of the hydrothermal gas supply based on a multidisciplinary approach. The approach combines bathymetry, thermal mapping of the lakebed and mapping of the gaseous emissions up to the water surface using the WEST Systems portable Fluxmeter. The method is fully transferable to other volcanic lakes and gives results that allow for pinpointing high-risk areas, developing adequate risk monitoring systems, and identifying effective mitigation measures.

From the Same Category

Go to Top
We use cookies to ensure that we give you the best experience on our website. If you continue to use this site we will assume that you are happy with it.Ok